The term ‘Easter egg’ was first coined in 1979, by the then Director of Software Development at Atari – Steve Wright – to describe a hidden message in the video game ‘Adventure’, in reference to an Easter egg hunt.

Well, since then, the term has grown to encompass any ‘secret’ response or message within – often, a very serious – piece of software. Some are useful, some (most) are just for fun!

We surveyed the Oval team to find out what they’ve come across over the years, and these are some of our favourites.

Strava
The social network for millions of athletes across the globe. Whether you’re tracking a run, or perhaps a Nordic ski session, if it isn’t on Strava, it didn’t happen (or so its users say!). One useful feature is the ability to see who you ran/cycled/swam/<insert sport of choice here> with at a particular event assuming they’ve set their privacy parameters as such. Want to give kudos (the Strava equivalent of ‘like’ or ‘thumbs up’) to your fellow competitiors? Open the list, give your phone a good shake and, ta daaaa, you’ve just said ‘well done’ to all of them at once.

Chrome’s dinosaur game
That frustrating moment when your connection drops and you can’t access a web page in Chrome…unless you then find yourself presented with the awesome dinosaur game screen, perfect to while away the minutes while normal service is resumed. Happily, you can play it for fun if you want to – just hit the space bar to leap over the obstacles. Highest score recorded by Team Oval? 3292.

Tesla’s festive gag
The electric car pioneers, Tesla, have pushed the boundaries in the field, no question. But it seems the team also has a pretty acute sense of humour. Lucky enough to own one? Try using the voice command ‘ho ho ho’ next time you’re setting off, and experience ‘Santa mode’!

The lesser known Windows shortcut
Regularly find your self copying and pasting text between applications using CTRL+V? If so, you’ve no doubt experienced the frustration of unwanted formatting carrying across too. An easy workaround is to use CTRL+SHIFT+V to paste as plain text. Egg-cellent.

YouTube technicolour
If you’re the type that enjoys sensory overload, then this one’s for you. When you’re in YouTube, hold your cursor over the player window and type “awesome” to transform the progress bar into a strobing technicolour rainbow nightmare. Not advised if you’re a migraine sufferer.

Google Maps’ no-go zones
Who doesn’t love nosing around streets/towns/countries on Google Maps using the little man and street view (“Oh look, the people at number 12 have a pool in their back garden that we didn’t know about!”). But try typing ‘area 51’ into the location search, and then dragging the street view man onto the map. Do we think it’s just because they have a massive swimming pool they don’t want us to see….?

So there’s a few to whet your appetite in the run up to Easter – we’ve got more up our sleeve, but we’ll save those for next week’s chocolate hangover.

Got any of your own to share? Tell us about them!! 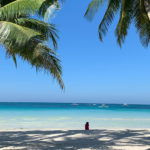 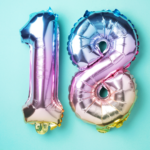 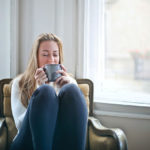 From A to Z across the web, you’re having to do less to achieve more! 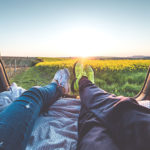 Your online life just keeps getting easier…and you probably didn’t even notice*!