Following on from our first foray into (technical) Easter eggs last week, we’re back with round two! These little gems are those hidden messages or features you may or may not stumble across as you interact with various websites and/or software – some are just downright useful, others may raise a surprised smile. Either way, we had so many suggestions when we asked the team to highlight their favourites, we wanted to share as many as possible with you.

So, without further ado, here are some more eggs that you can hunt down.

“Hastings, like the battle” – AKA Line of Duty from the BBC
If you’re on of the ten million viewers who tuned in to the latest season of the BBC’s brilliant drama ‘Line of Duty’, you’ll probably recognise that one liner! BUT, did you know there were a few treats for the eagle eyed in the trailer? OK, not strictly ‘technical’ but we had to share. From a letter questioning the efficacy of AC12, to an insight into Steve’s medical history, we loved these clever surprises – blink and you’ll miss them.

Google goes head over heels
If you haven’t already (not sure why you wouldn’t have?), try typing ‘do a barrel roll’ into Google. You’re welcome.

SpaceX’s galactic message
In 2018, Elon Musk’s SpaceX launched its Falcon Heavy rocket, blasting a red Tesla Roadster to deep space. Musk later revealed that a special message had been printed on the car’s circuit board for any other civilisations that may stumble across it: “made on Earth by humans”. Let’s hope whoever finds it can read…

From everything to nothing in Windows
Another of our not-so-much-an-Easter-egg, more of a ‘well, I didn’t know that’ moments. If you’re one of those people who regularly has 101 applications and windows open at once, this one’s for you. Ever noticed that fine, white line at the far right of the task bar? Well, click on that, and be amazed as every single window minimises at once. Who knew!

And for our finale….
Always saving the best for last, this one is Easter egg gold. Head to Google, type in ‘Cha cha slide’ and then click/tap the microphone icon (and subsequent icons!). Make sure you’ve got sound on, you DO NOT want to miss this!

While it’s not something a client has asked us to include in any development work up to now, we’re hopeful that it’s only going to be a matter of time. Got a brilliant idea for one? We want to hear it.

In the meantime, we hope you all had a great Easter! 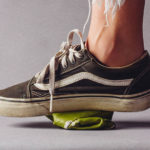 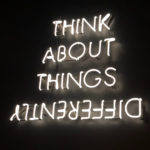 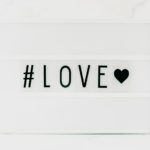 From us to you, with love 💘 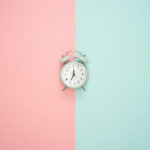